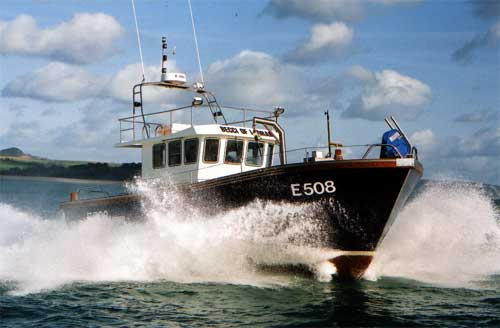 Building on the success of the popular and well proven CYGNUS CYFISH and CYCLONE hull designs, the CYGNUS TYPHOON is intended for use as a fast workboat with applications for passengers, chartering, commercial fishing, angling, survey, patrol and leisure use too.

Great efforts have been made, particularly on the lay-up schedule, using special stitched cloths, to reduce the overall weight, and maximise performance.

The foredeck and wheelhouse are cored constructions for strength, insulation and stiffness, built as an integral moulding to contribute further to weight reduction.

Many skippers find that the TYPHOON is much more gentle in a sea that a multi-hull, not slamming so violently when offshore, plus having greater buoyancy enabling it to carry a good load without excessive sinkage and loss of freeboard.

Many commercial operators still prefer a single propulsion engine, with full protection for the propeller behind a full length keel and enclosed skeg/rudder. #

The TYPHOONs 4m moulded beam, combined with the CYCLONE type over-developed chines, and width carried right below the waterline, provide high stability for this class of vessel, at rest or on the plane. Twin engines can also be fitted if required, normally on shafts but jet drive or stern drives are an option.

Some Diagrams are not to scale. All craft are custom built and may not match diagram above

Dimensions in FT and Inches 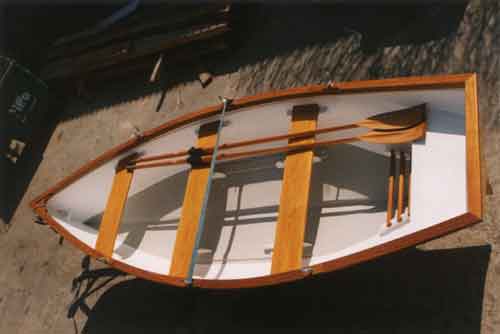 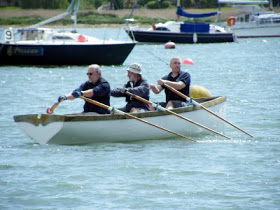 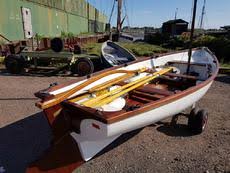 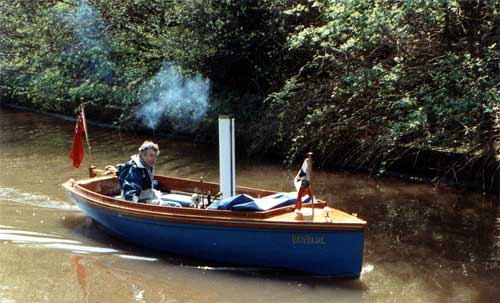 Submit a Photo and Details of A Cygnus you Spot

We’d love to hear from anyone who spots a Cygnus. Contact us with all the details:

One reply on “Cygnus TYPHOON 33”

Hello. The Cygnus TYPHOON 33 has caught my attention. I’m interested in this boat. I would like it to have the cabin at the back, if it is possible please. Can you also send me the qoutation too please? I’m going to use this fishing boat in Malta. I have a photo of the design that I wish, is it possible to send you a photo somewhere? Thank you